Do Men Want to Be Proposed to?

2020 has officially become the year of embracing a “new normal.” From Zoom weddings to best-selling albums created completely in isolation, people all around are embracing new traditions and ways of being. The wedding industry is particularly full of traditions and norms, many of them with a long history — including everything from wearing a veil to “something borrowed, something blue.”

Perhaps the most iconic marriage tradition occurs during the engagement: the groom-to-be getting down on one knee and asking his female partner to be his wife. This is a classic scene, likely originating back to the time of knights and dames. Of course, anybody getting engaged today could tell you that this tradition is no longer universal. Not only is there same-sex marriage equality to celebrate, but there is also evidence of some opposite-sex couples reversing the norms of these traditions as well.

According to The Atlantic, 97 percent of grooms in heterosexual couples reported proposing to their brides in 2019. But, the editors at The Knot have also reported an uptick in women proposing to male partners in the stories shared on its sister site HowTheyAsked.com. The editors attributed this to the “ongoing trend of couples riffing on or outright rejecting wedding and engagement traditions in accordance with their own desires.”

In fact, there’s plenty of reason to believe more women are proposing to men than ever before. A 2018 Pinterest report indicated that the number of people searching for “women proposing to men ideas” jumped 336% from the year prior.

At Shane Co., we’re all about shaking up traditions in the name of better partnerships. We also love analyzing new trends in the wedding industry, and it’s clear that women proposing to men is going to continue to be a trend! For that reason, we decided to conduct a survey of 3,160 heterosexual American men in June 2020 to ask them their thoughts on being proposed to.

Are you gathering the courage to propose to your man this year? If so, this data is something you don’t want to miss!

Our first survey question was, “How would you feel if your girlfriend proposed to you?”

So, for the men who do want to be proposed to: how would they prefer the proposal to go down? As it turns out, the vast majority (94.65%) of men would prefer a private proposal over a romantic dinner instead of a public proposal, like in front of a crowd at a sporting event — which is good news for quarantine proposals!

Speaking of the big moment, we also asked men how they feel about a complete role reversal: her getting down on one knee to pop the big question. Interestingly, 51.68% reported that it wouldn’t be a huge deal, but it might make them feel weird. 26.14% reported that they’d rather she didn’t, while 22.18% indicated that they’d love it. In this case, it might be better to err on the safe side and ask from a standing or sitting position, or another creative way you’ll know he’ll love!

We know so much about proposals is the build-up and surprise — so how do men feel about being surprised with the big question?

The majority of men (52.87%) are down for a surprise as long as the two of you have previously discussed marriage. 33.07% are down to be totally surprised, and only 14.06% would always prefer to know it was coming. Most men (62.38%) also don’t think they would feel pressured by a surprise proposal, which is great information to keep in mind while you’re planning your proposal!

Now, what about the ring? Tradition calls for a man to buy his bride-to-be an engagement ring, and most men don’t wear engagement rings as a result. What about when the roles are reversed?

According to our results, most men (60.59%) don’t find it necessary for a woman to buy them a ring if they plan on proposing, but wouldn’t mind it (compared to the 14.06% who flat out said no). On the other hand, 25.35% of men think that they should be proposed to with a ring, so if you’re considering it, check out our selection of men’s wedding and engagement bands!

And how about her ring? Well, if you ask men, 53.07% would still aim to buy their girlfriend a ring, even if she was the one doing the proposing. 41.78% said it depended on whether or not she wanted one, and 5.15% said they wouldn’t buy one for her at all.

Finally, we analyzed some of the social standards around proposals, and asked men how they might feel about them should their girlfriend pop the question.

The majority of men (71.88%) don’t think they would feel emasculated by a proposal from their girlfriend. However, the tradition that a man proposes to his girlfriend still looms large in their minds. 45.15% indicated that they wouldn’t feel like a big moment had been taken from them, but the majority of men think they’d feel at least a little bit bummed about not being able to propose themselves. 35.84% answered that they wouldn’t mind, but would still wish they could have proposed themselves, whereas 19.01% of men would definitely feel disappointed in not being able to propose themselves.

That wraps up our deep dive into men’s opinions about being proposed to! We aimed to gauge general opinions through this survey, and we hope that our findings are helpful in planning the perfect proposal. All in all, every proposal is unique, just like every relationship is. Ready to take the next step with your perfect partner? Check out our personalized rings to pick the perfect ring for them. 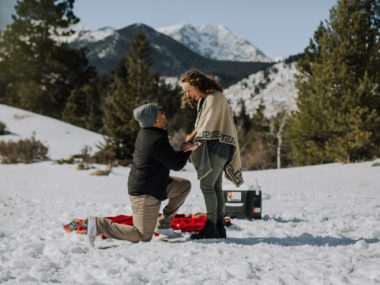 Read More
Realizing you’ve found the person you want to spend the rest of your life with is, of course,…
Read More 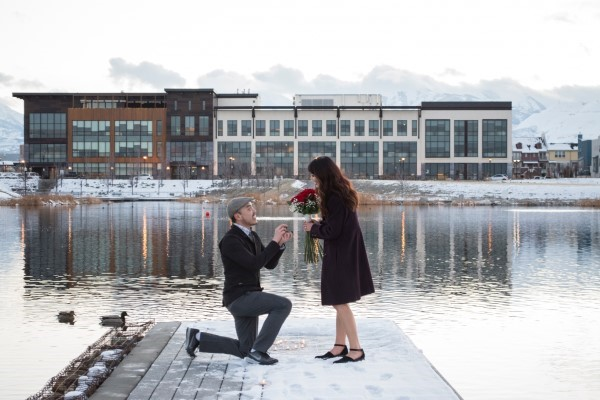 Read More
You finally found the one — your other half, your perfect partner, the person you want to wake…
Read More

Holiday shopping for him has never been so easy. E

Whether they're the coordinates of the place you m

London blue topaz, this is your month to shine. Sh

Need a Christmas gift idea? We have just the ring.

Give a gift to treasure. 🎁 Shop all gift ideas

✨ Our Cyber Monday Picks ✨ These go-with-anyth

Perfectly purple. 💜 Did you know you can choose

These are a few of Tom Shane’s favorite things.

#BlackFriday is for black sapphires. 🖤 Shop our