Which State Owns the Most Shoes?

How many shoes are too many? Many would argue the limit does not exist. From sandals to sneakers and everything in between, a well-rounded closet is essential for comfort and style. In this survey, we set out to uncover which states own the most and least shoes.

In this campaign, we surveyed 3,193 Americans over two weeks asking questions such as how many shoes they own, shoe preferences, shopping habits, and much more. Read on to see what we found!

States with the Most & Least Shoes

Turns out when it comes to shoe type in America, we go for comfort. Over half of Americans say their favorite shoe type is the sneaker. Second- and third-place finalists don’t even come close to the first-place winner. Boots came in second place at 10.70%, and sandals or flip flops came in right behind at 9.24%.

Now let’s talk about creases. Yes, those creases that form over time on the tops of your shoes when you walk. Completely natural, right? Well, it’s becoming more commonplace to want to prevent the creases from forming to preserve the fresh look of the shoe. Women are almost twice as likely as men to think shoes are ruined once they have creases in them. Crazy, right?

Possibly one of the most interesting insights from this graphic is about dating preferences. When asked if they would date someone who cared more about their shoes than they do, half of our male respondents said that they would and it didn’t bother them, compared to just 39% of women.

A Look Inside Americans’ Shoe Habits

Whether they are for everyday use or a special occasion like a wedding, shoes are a simple, yet important, part of our lives and when taken care of properly can last a long time. Before it’s time to walk down the aisle, make sure you have both shoes and rings picked out in advance. At Shane Co. we have a variety of rings to choose from to fit any budget and even the option to design your own ring so you can get exactly what you want, whatever that may be. 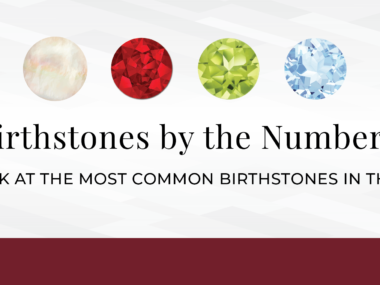