The Best Marvel Movies According to Each State

Nothing screams 21st-century love like binge-watching the Marvel Cinematic Universe (MCU) with your favorite partner in crime. From sorcerers to power-hungry villains, and characters that are smarter than the real-life Elon Musk (we’re looking at you, Tony Stark), MCU films have it all! Plus, you can’t forget about the complicated love stories and those catchy soundtracks we all love. While we may not be as good at directing our own love life as Jon Favreau was at directing Iron Man and Iron Man 2, we can all benefit from spicing up our date nights with a classic MCU film. So, dim the lights, grab a bag of popcorn, and get ready to pick out one of the best Marvel movies ranked by each state that made waves across the map!

The Top Marvel Movie According to Every U.S. State

Not sure what movie to watch for your next date night at home? Take a page from each state and find out their takes on the MCU films with the best Marvel scenes!

Hawaii gravitated toward Shang-Chi and the Legend of the Ten Rings, a film where the death of Xu Wenwu’s lover, Ying Li, spawns a plot of revenge that forever changes the course of Shang-Chi’s life. Hawaii is no stranger to the twists and turns of love, as the legend of Lehua flowers and the Ohia tree is said to come from the volcanic goddess’ unrequited relationship with a warrior named Ohia. We all know the best Marvel movies have to have spurned lovers in them.

It’s no surprise that Ohio is a fan of Guardians of the Galaxy. The film, which features classic rock songs from the ’60s and ’70s, is a match made in heaven for Ohioans, especially those who live in some of its famous hippie cities like Athens and Yellow Springs, which are said to still be stuck in the ’60s. Anyone got a Walkman laying around?

Steel your first date jitters with unwavering confidence like Carol Danvers in Captain Marvel, the most watched Marvel movie in Colorado, New Mexico, and Wisconsin. Carol Danvers gives new meaning to the phrase “fight like a girl” as she crushes Skrulls, the shapeshifting villains, and other alien creatures. New Mexico is one of the best states for women’s rights, creating one clear reason why they are all in on Captain Marvel.

Black Panther tied with Avengers: Infinity War as the most searched-for Marvel movie overall. Places like the District of Columbia, Georgia, Louisiana, Maryland, Mississippi, New York, South Carolina, and Tennessee are chanting “Wakanda forever.” Georgia and New York are in the top five for states with the highest population of black residents, and with Black Panther having a huge impact on the black community it’s no wonder the film made the biggest impact on these states.

Doctor Strange in the Multiverse of Madness and Avengers: Endgame tied for second most popular film, each claiming six states, while The Avengers and The Incredible Hulk tied for third, winning four states each.

There you have it — the best Marvel movies ranked by each state! We hope we’ve given you ample inspiration to plan an MCU-themed date and debate which MCU film has the best Marvel scenes. Or, just spend the whole time trying to flirt as Peter does in Spider-Man: No Way Home.

While movie dates can be meaningful, there’s nothing quite like a shiny surprise to get your feelings across. Shop our collection of fine jewelry or better yet, check out our engagement rings and plant a ring box at the bottom of the popcorn bowl!

To discover the best Marvel movies according to each state, we compiled a list of 28 movies from sources like Space. Next, we pulled Google Trends data from August 2021 to August 2022. From Black Panther to Guardians of the Galaxy, find out which MCU film is the most watched Marvel movie in your state! 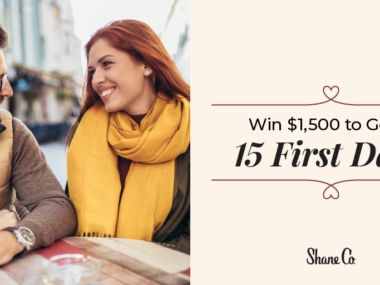